I'm a pretty cruddy homeschooler. Every year I learn a valuable lesson but it's always because I was blind to something obvious or something terrible happened that derailed me, bringing me to the brink of failure, and I learned stuff in the middle of the suffering. Like the year we moved across town in the dead of winter and the whole year devolved into watching you tube clips and trying to make up songs for all the CC memory work. So I've learned a lot. But none of it will be useful if you aren't a person who walks around in a blind terrifying fog, afraid to look at reality because you know it's really bad.
So here's seven quick things I've learned about homeschooling.
one
You have to teach the children to read and do math. This may surprise some of you, but I'd encourage you to add it to your homeschool day. Teaching reading is a real enormous drag and makes the average adult human want to jump out of her skin and run naked and skinless into the snow, screaming and crying. But you have to do it anyway. One helpful thing, as you're beginning to teach a child to read is to know, in the way that you know God know, that every single child will not be able to learn to read in the way that any other single child learned to read before her. So if Teaching Your Child to Read in 100 Lessons (and what a misnommer that title is) worked with your second child, it won't with your third. Know also that one of your children will try to win the battle and Not Ever Read. You should not let your child win this battle, any more than you let them win any other battle. Remember, what doesn't kill you just makes you angry and bitter, but that's ok, at least your child can read.
two
You oughtn't to have to do school before the child is seven. I know that all the states in the union make you report before then and so you should definitely "do school" and teach them stuff, but all the years before seven are going to be a time of suffering that you could probably skip, if you were allowed to do whatever you wanted. As it is, at seven, so many things click into place, not least the ability of a child to sit and do something sensible that doesn't include the destruction of every material item you hold dear.
three
February will always be a drag. You can try and do a bunch of stuff to make it better, but you will probably always want to die in Febrary and you will probably conclude that you're whole life has been a miserable wretched failure. I've heard this is true for every human person in the colder climes. Don't actually chuck it. The year I did I was proved to have made The Wrong Choice. Remember, don't have a baby in February because then you will have to celebrate a birthday every year in February.
four
Don't try to run your home "school" like a school. The reason you're homeschooling is because you don't want to stand out in the snow with your child waiting for the school bus at six o'clock in the morning or whatever. Sleep till 7, pray, read some of the bible or have it read to you by the internet, eat a good breakfast, work out, take a candle lit shower, anoint yourself with oil and nail polish, open the living room curtains and fluff the pillows and finally enter magesticslly into the school room with your coffee (half hot milk, four tablespoons of cream, one tablespoon of Lyle's Golden Syrup, one quarter cup of coffee) at ten o'clock sharp and find the children working hard since 8 so that later they can play. Train them to work alone so that your morning routine will not be disrupted. Arrange your flowers 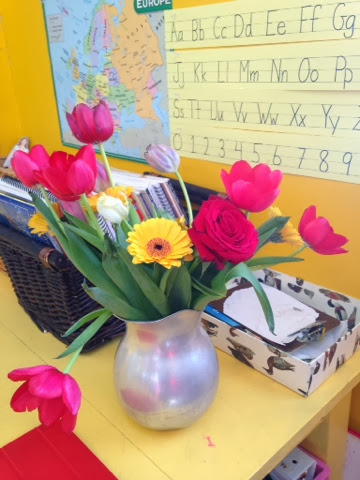 and drill spelling and multiplication and otherwise dispense wisdom and advice.
five
Take breaks. Don't do school All The Time because of panic. Take a holiday in the summer and at Christmas and if you're sick, think about resting for an hour or two. If you can't walk through the school room, take a half day and clean it instead of pushing forward with your curriculum. I know it sounds insane, but it is possible to progress more rapidly when you can find all the books easily. Remember that ice skating is PE and you are not "missing school" you are "in PE". But still, don't yell at the people who are questioning your life decisions. Don't shout "Don't question me!" as you skate away, say, "physical activity is so imortant in the winter! But don't worry! The children sit still and silent all the rest of the day!" Feel guilty for lying.
six
Structure your school year around the date of Easter. If Easter is early, start the year late and plan a long holiday around Holy Week and Easter Week. If Easter is late, start early and finish the year before Palm Sunday. The longer you celebrate the passion and resurrection the more it will become moored in your children's spiritual lives. Don't try to do anything else but be in church and pray and eat junk food after church every night. Buy a pink pair of shoes for Easter Sunday and collapse on Easter Monday knowing that not only is Jesus risen, but all you have to do now is standardize test and plant a garden. Drift into depression because life has suddenly lost all its structure, focus and meaning.
seven
Pray. Pray all the time. But don't pray scared. Don't not ask for patience because you think God will make your life more frustrating to "teach" you patience. Don't not ask for humility because you think God is waiting to humiliate you. You are already in frustration and humiliation for screaming and yelling and having a filthy house and not meeting your own expectations, let alone the state's or anyone else's. When you are a homeschooler and you pray, God gives you grace. People say this all the time but they never spell it out, which I find extremely frustrating. When you ask God for something, like, say, the ability not to yell at a particular child for a particular offense, and you throw yourself down on your face and beg him to have mercy, he will, when you're sitting in front of that child consider whether or not to yell, remove the desire form you, miraculously. Or, when you can't get the children to spell anything, not even their own names, and you throw yourself on his mercy, he will improve their spelling, or give you some insight into how to make it click. It's not just that he died and rose again, it's not just that his "grace is sufficient for you", is not just that you have to "lean on him". No. He will answer specific prayers for particular problems when you ask him. Because he loves you. He's not going to make it worse by "teaching" you into more suffering. Just ask, and he gives. That, I think, though sometimes I'm not sure, is what Grace means. That when you throw yourself down, God hears you and loves you, even for your children, even when you fail.
So there's my seven takes. They're longer than I thought they would be. I hope they inspire you to homeschool...just kidding. Put your kids in school. No I'm serious, right now. Stop reading this and enroll them, and mine.
Posted by Anne at 3:36 PM

This. Is. Great. Oh sure all the particulars don't quite match up-- my five year old loves doing school while my seven year old, it's pulling teeth. But oh yes, yes, yes.

And today I opted to spend the day baking a cake instead of teaching reading and math. Because birthday in February. But at least the kids got outside to play in the snow. Ah thank you, God, for a February thaw. 48 degrees!

thank you Anne. While I sit here crying into my first cup of tea of the day (whisky added) your thoughts on grace have inspired me. And I laughed too. That is an important component of my day. To get the laughter out of the way before the children emerge.

Most excellent. I subscribe to the same homeschool philosophy as you but I find many young HS moms are so excited you just.can't. stop. them from trying to do preschool with their 3 year old. Oh well, they'll understand it all sooner or later.
100 East Lesson and I have a love hate relationship for sure.
So glad to have just discovered your blog.

Love it. Especially the part about wanting to die in February. Just last weekend I had a complete meltdown and told my husband to put the kids in public school. We decided to take the week off instead. (Whew.)

I shared this on Facebook last night. I foolishly had twins in February. Today is freezing rain, snow, sick children, and five night wakeups. Today's education is brought to you by Bill Nye and Ms. Frizzle.

We have a day care across the street and every day I wish the babies could go there while the big kids are doing math.

Yep. Been there, done that. With seven. You are right on. And I'll pass it on to those who follow me. Thanks. http://2corinthians98.blogspot.com/

My wife subscribes to your blog. She tells everyone about your blog. So obviously, I get to read a lot of your blog and I think it is funny and vulnerable, and raw, and a stitch. And very Good.

Concerning #7, I think your experience and mine concerning prayer could not possibly be more different. So different that I'm not sure we pray, we get a connection to the same YHWH. I like your YHWH better. The one running my show DOES frustrate to teach patience, DOES humiliate to teach humility, and PRINCIPALLY DOES bring catastrophe, blind and otherwise disable to enforce dependence on Him.

All of these I have been taught from my youth in churches named Calvary, and Bible, and Grace. These teachings prove themselves every day of my existence, to the point where I am now terrified to pray for relief for fear of additional boulders being stacked on to force me to 'lean more on the Spirit.' I now confine my prayers to ones for endurance and 'peace that passes understanding.'

The prayers for endurance hews awfully close to 'don't ask for patience.' Ask for endurance, He'll give you something chronically painful to practice your enduring on.

Ask for peace? This seems the most benign; It almost seems like the apex of all of these other correctives. "Dear G-d, make me so placid about the 'slings and arrows' that they don't divert me from my obligations and my obeisance, and not even flinch when you frustrate, humiliate and bring catastrophe on me."

So while I'm pleased for you and your experience, they don't jive with what I experience here. Prayers for specific problems are like asking for trouble: Be grateful when you receive nothing, because it sure beats the kind of 'help' I get when I ask.

I am a student of the Bible and I understand that my above description runs counter to many anecdotes and ways that G-d and especially Jesus describes Himself. My present tradition relies on the three legs of Scripture, Experience, and Reason. A doctrine which fails one or more tests is viewed with suspicion.

(Formerly it was Sola Scriptura 24x7x365, which proved a limited benefit in actually living life, but made me a hit at Bible Quiz parties.)

Loved this! Awesome to read, especially in February. I have bookmarked it to come back to.